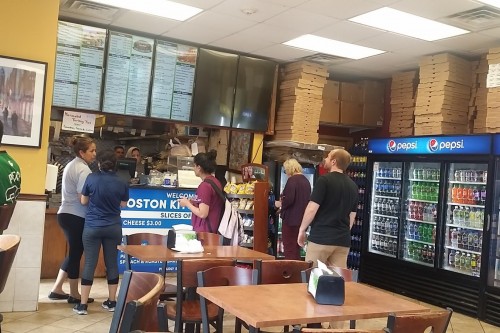 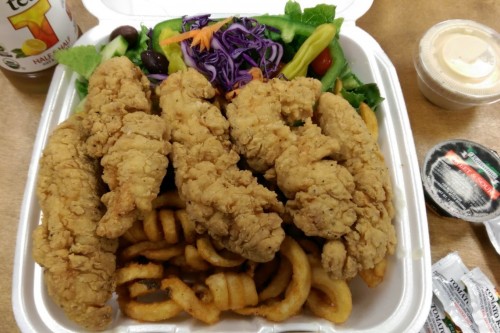 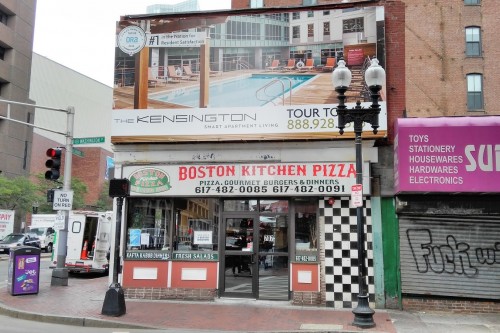 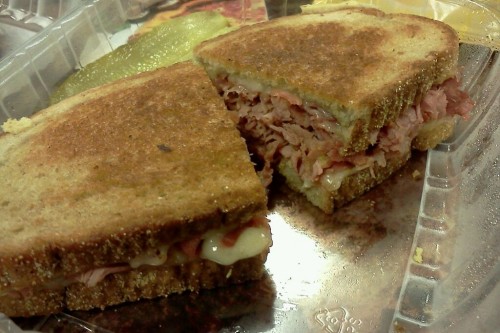 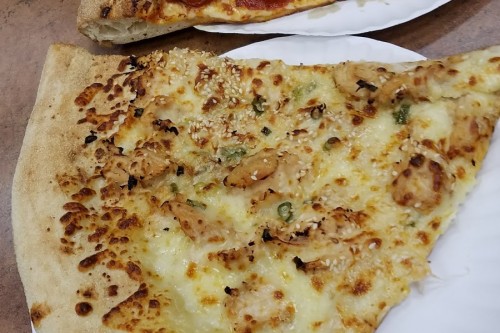 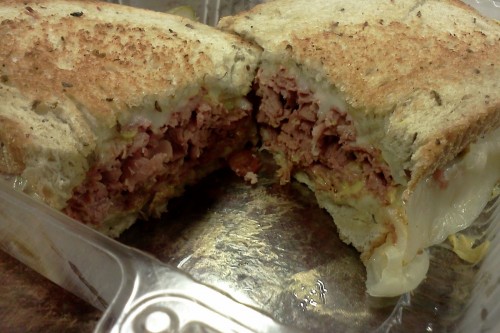 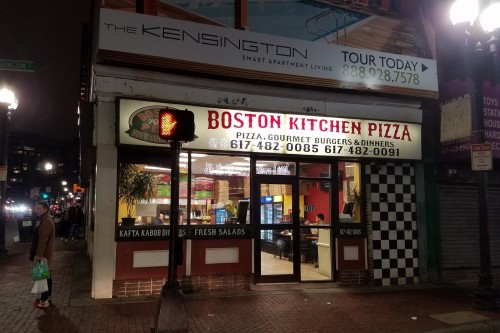 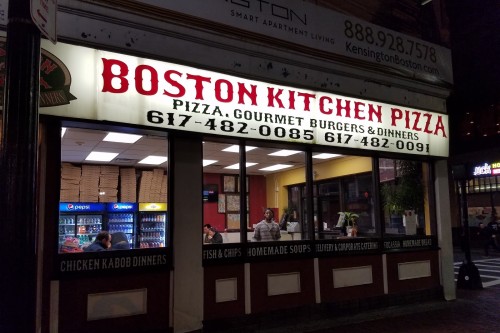 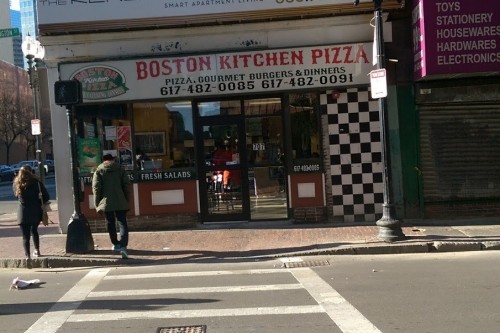 Got recommended by one of my friends to pick up a slice of their buffalo chicken pizza before going to a bar nearby. The staggering size of the slice along with its dripping grease initially made it look unappetizing. However, with the addition of some red pepper flakes, the flavor combination became more elevated. The buffalo sauce could have been a bit overwhelming on its own, but the spice definitely it gave a nice balance. Overall, a solid choice of food for casual takeouts if you’re looking for some heavy and filling pizza.

This place is a delicious find! Was in Boston for the weekend and ended up going twice. Prices are affordable, pizza slices huge and yummy, and staff super friendly. Highly recommend!

Great stop for a quick pizza! We were just checking out the area, and decided to grab a quick snack. Walking by Boston Kitchen Pizza, it smelled too delicious to pass up. We ordered a medium pepperoni pizza and it hit the spot! Fresh flavors on a perfect crust - was everything we could’ve asked for! If ever in Boston, we’d definitely want to try other pizzas on their menu. Loved it!

You will not be disappointed! Great pizza at a reasonable price and the service was 2nd to none!